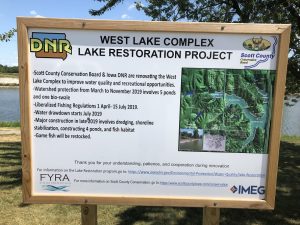 This series of posts have been on the back burner for several months. In fact, I kind of missed my original window for these submissions amidst other responsibilities and projects. Better late than never though, so here we go with a look at an area lake rehabilitation undertaking known as the “West Lake Complex Lake Restoration Project.”

2017 shots of the primary bodies of water to be drained, refurbished and restocked (Lake Lambach in middle photo)

I have long been a fan of fall lake drawdowns as my “home lake”, Lake Storey, has employed the practice for as long as I can recall. So, once I caught wind of the lakes at Scott County, Iowa’s West Lake Park being drained I sure couldn’t resist a few peeks.

There are a number of reasons to lower a body of water and different degrees to which the water level may be dropped. Such decisions are based on the desired outcome and the pros and cons of the practice are certainly open for debate. 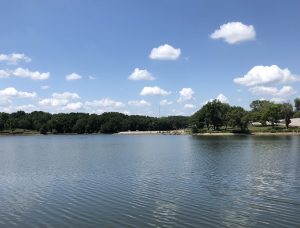 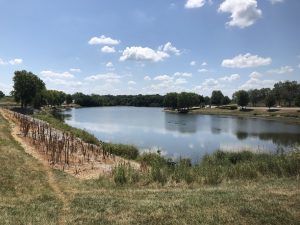 8/4/19 – Lake of the Hills as drawdown begins, see below for current status

In the case of the West Lake Complex, the project is a complete rehabilitation of the fisheries on the site which ultimately means starting over. In such instances, the lakes are nearly or completely drained and any remaining fish population is eradicated. Then the lakes are allowed to refill via rain, snow melt and runoff with the restocking of the desired fish species to follow once the lake levels are suitable. In addition to the “do over’ on fish population, this project also features various other aspects such as dredging, fish habitat placement, shoreline reinforcement and construction of several new ponds. 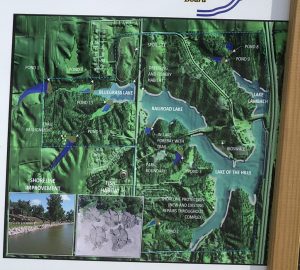 Over the next few days, I am looking to share some pics and observations from my visits to the site during the last several months. Being an outdoor geek, I really dig this sort of stuff and as an area fisherman I find it quite interesting to witness what is truly a once in a lifetime environmental event for the site. 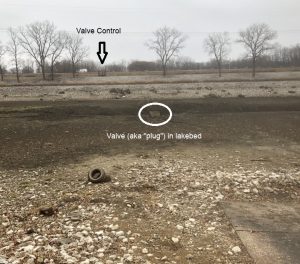 11/29/19 – Lake of the Hills – basically how this whole thing goes down, more to come in subsequent posts

Plenty more to come and even if you aren’t quite as big an outdoor dork as this blogger, I hope that you stop back for the rest of this series. After all, it is not often one gets a glimpse at what lies under the surface of a public fishing hole. Stay tuned as we take a look at some never before revealed scenery and secrets. Talk to you later. Troy