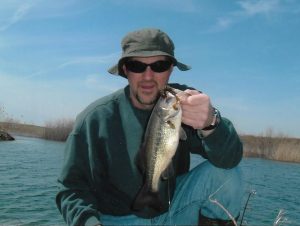 No matter whether it is a “good one” (2 pounds or heavier is my criteria) or one slightly (or significantly) smaller, I always look forward to meeting that first bass of the year. Being an open water guy who prowls West Central Illinois, the chance to chase that first bass usually rolls around in March. In fact, that has become my goal going back many years. Start my year with a March bass.

Today’s flashback looks back ten years to a handful of smaller than “good ones” that I tracked down at a couple remote Snakeden Hollow potholes. The log entries below refer to Upper and Lower Twin Lakes, my unofficial designations. I believe they may actually have real names and I originally called them by other names, but those are tales for some other day.

These spots required a substantial hike and beginning the next year I kicked off my March bass quest at a couple Snakeden fishing holes a bit closer to a parking lot. Yep, stories for another day.

Far from trophies but these bass represented “Mission Accomplished” for the start of another year on the water. And just under the wire too, as I barely made it to open water before March 2010 drew to a close. As March 2020 draws to a close in a few hours, I am thankful that I was able to meet the same goal ten years after landing today’s featured fish. 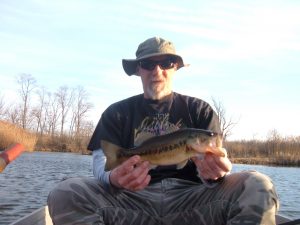 With a grand total of 1 bass for 2020, I now bid March farewell. As always, I wonder just what April and the rest of the year holds in store. Even more so in these unusual times. Talk to you later. Troy