Today’s flashback covers a fishing trip with Dad to Lake Bracken exactly 15 years ago today. According to the original fishing report, our outing was quite successful (see original log entry and original report below). 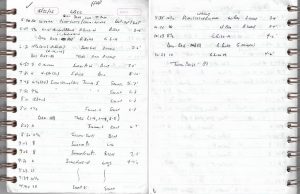 May 22, 2005 – Following our success on 5/21, Dad and I decided to hit Lake Bracken again this morning even though I had to work second shift later in the day. We were on the water at 5:40 am and fished until 10:40 am as I had plans for a nap that never actually materialized. Our focus was on bass fishing and the largemouth did not disappoint. We combined for 39 bass including a pair that eclipsed the Top Bass for the year. My 2-5 on a plastic worm held the title for about an hour and a half. Dad then bested my fish by a pound as he nailed a 3-5 to reclaim the title. A great finish to a successful weekend of fishing that saw us catch 72 bass in our 12 hours of bass fishing. We each found our own secret weapons to catch bass and post records today but we’re remaining tight-lipped for the time being. 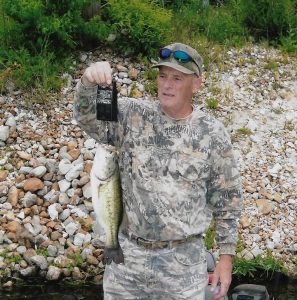 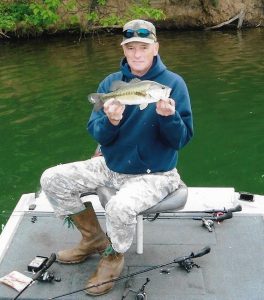 All of these years later, here is the rest of the story regarding those “secret weapons.” Dad was wielding a tube, a lure that had its heyday back in the late 90s but never caught on in our family. On this outing, however, Dad used the tube to fool his three best fish totaling just shy of six and a half pounds. You see, Dad is a bit more willing to change it up than his oldest boy who gets a little stubborn and set in his ways.

After a tough start on this outing though, I cast the stubborn streak aside in favor of trying something new. That something new was a highly regarded presentation generally known as the Senko wacky rig. These days I simply refer to the setup as a “Senko” although many other manufacturers besides Gary Yamamoto make such baits and they can be fished in many ways beyond wacky. My first ever Senko bass came fifteen years ago today at 7:38am off of a drop on the southeast edge of Snake Island and weighed 2-5, my Top Bass of the day. Currently, the log shows that I am sitting at 962 Senko bass and counting. Perhaps I’ll have a celebratory post honoring Senko Bass #1,000 which I suspect will show up in the next month or two. 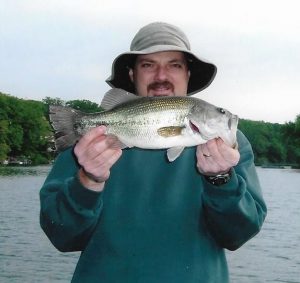 A historic bass, my first ever Senko catch at 2-5

Another Senko Friday Flashback tale coming your way next month but plenty more stuff in the meantime. Talk to you later. Troy