Today, I am taking the easy way out and letting the pictures do the talking. The slideshow below looks back at a June 2016 family camping/fishing trip to Little John Conservation Club. We’re hoping to do more of both activities this year as the last few years our outings have been a bit sparse. Stay tuned on that project but for now enjoy some fish, family, and fun from five years ago this week. Talk to you later. Troy

Last weekend, the family got out for our first camping trip of the year selecting Little John Conservation Club near Victoria, IL as our destination.  On Monday we had committed to the trip, by Thursday a call for thunderstorms prompted us to call it off in favor of a day trip closer to home, by Friday lunchtime we’d changed our minds yet again as the forecast had taken a favorable turn and off we went.  What follows is a sort of chronological photo essay of some of the adventure. 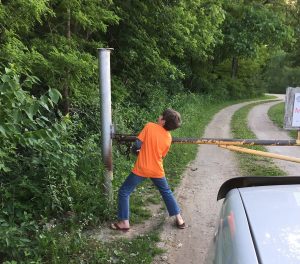 June 2 – 7:33pm Arrival and my man, Jayce, still finds it fun to volunteer for gate duty 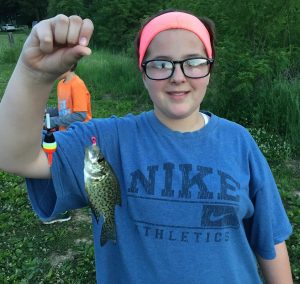 8:28pm First catch of the trip and Carly’s first ever crappie 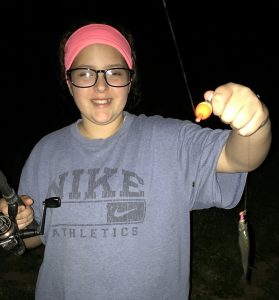 9:11pm Last catch of the night for my young diehard angler 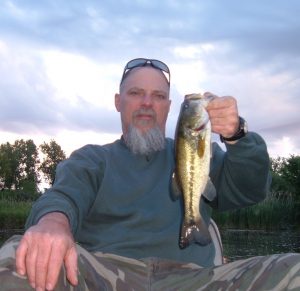 June 3 – 5:49am First catch of a new day for the old diehard angler 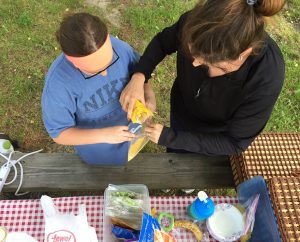 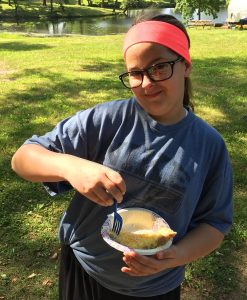 9:23am Happy camper with her finished product 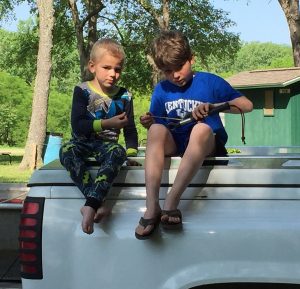 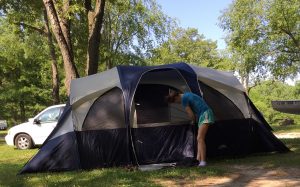 9:27am Sleeping Beauty (aka Helena) emerges from our lodging 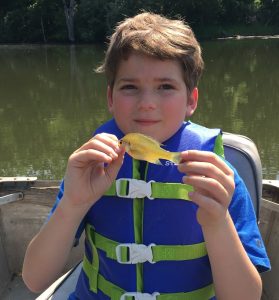 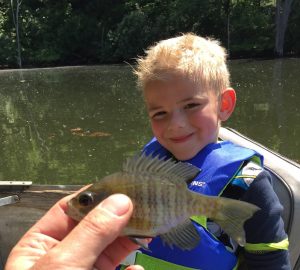 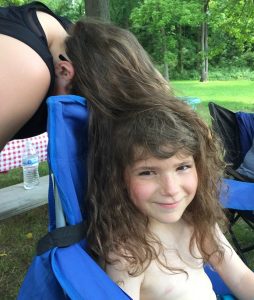 11:33am As seen on Facebook, “Tarzan” with a little help from his sister 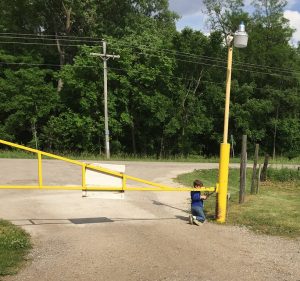 4:25pm Headed home early due to crazy weather, a short but enjoyable outing

Well, roughly 21 hours gate to gate for this weather shortened trip.  Things were looking good at about 1:00pm on Saturday as we headed to the pool in Galva with the iPhone weather app showing not a storm in sight.  After two separate rumbles of thunder made for the “everybody out” call at the pool a pair of times, the decision was made to head back to camp.

Unfortunately, in the direction of our destination there were very ominous skies and you could see the rain against parts of the backdrop.  We got an up-close look on the drive as it was raining so hard you could barely see.  But somehow or another, Little John was bone dry, tucked into a pocket of decent weather although the temp had dropped from the upper 80’s to the mid 60’s in no time at all.  Some dark skies and occasional thunder left us counting our blessings and packing for home figuring we’d gotten very lucky to not be rolling up a saturated tent and sleeping bags.

Not sure if it stormed any more but we were content with the abbreviated adventure…and dry.  Overall, a fun “day trip” and pretty cool how well this bunch gets along out there in the wild.  Upon returning home, however, they were fighting over a Wii game in no time.  Simply siblings but a ringing endorsement for getting them outside.  Talk to you later.  Troy