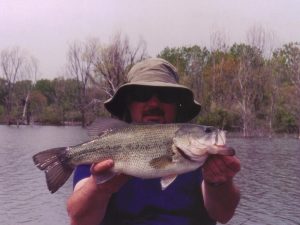 Twenty years ago I was without a job and essentially without a care. My employer of the previous ten years, National Seal Company, had left town in January 2000 and left me with a reasonable severance package that paid me until June. A single, thirty something guy with a longtime girlfriend (now my wife) could get by for a while. 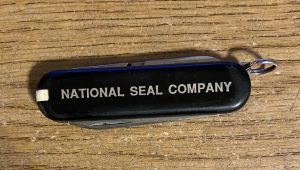 But as the need to find a new job began to become a bit more pressing, so did the need to get on the water while I had ample free time. Today’s flashback outing was about as long distance as I get with roughly an hour drive from my hometown of Galesburg, IL to Fulton/Peoria County’s Banner Marsh. I made this trip with my then brother-in-law, Tim Townsend, and my Dad’s Bass Tracker in tow.

I’d never fished the area before and horsepower restrictions relegated us to a trolling motor only approach. I recall it being a struggle to find some bass in the pair of lakes we chose, one of which required a substantial troll (and much of our battery) to reach a wide open expanse of humps and flooded timber.

And it was in a spot with such a mix of cover that I boated the larger of the only two bass I fooled on the day. But hey, if you are only going to catch two bass it sure is nice when one is a four-pounder (one ounce shy is close enough, right). Kind of fun too, that I caught both of my bass on the Blue Glimmer spinnerbait. Twenty years later, almost to the day (5/4/2020), I had a banner day on an area strip mine with the very same lure (Top 5 Update and fishing report to come next week). 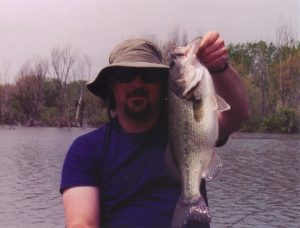 Another shot of my first ever Banner Marsh bass

And also twenty years later, the spot is in the midst of statewide closures due to the COVID-19 pandemic despite it being rather remote and spread out. I know one Top 5 angler who is particularly missing his stomping grounds. Hang in there, Jim, as at least we’ve got some other fishing holes for a fix.

In fact, I have several fishing reports to come from some of those waters along with a batch of Top 5 bass on Monday so stay tuned. Talk to you later. Troy