Original log entry from July 1, 1987 on what is now known as Snakeden Hollow’s Lake McMaster

No pictures were taken from the July 1, 1987 outing referenced in today’s title, so the only evidence of this trip is my old fishing log and some memories. Both aspects and plenty more on the “fishing guide” for that trip are covered in today’s ramble. 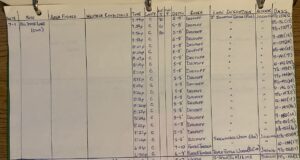 Best I can tell, I met Larry Smith in the late 1970s while tagging along to a few meetings of the Galesburg chapter of the Furtakers of America, a trapping organization. He was acquainted with my dad and my uncle through this hobby, and they also noted that he was a good fisherman.

Lake Storey topographic map procured for me by Larry

In the mid-80s, I began working summers for the Galesburg Park Department where Larry was also employed and struck up a friendship largely due to our shared interest in fishing. Along the way, Larry invited Brent and I to fish what was then known as “The Big State Lake”, which would later become Snakeden Hollow’s Lake McMaster. Our July 1, 1987 trip pre-dated public access to the site by three years. All told we landed close to 120 bass in the crystal-clear waters amidst what looked like a flooded forest above and below the surface. Besides the fish, it was an amazing experience as visibility on the lake easily extended beyond twenty feet deep.

As the years passed, I would cross paths with Larry at Lake Storey from time to time whether he was fishing or assisting fisheries biologist Ken Russell and crew with sampling surveys. Speaking of Ken Russell, Larry hooked me up with Ken on several fishing surveys around the area. I thoroughly enjoyed manning the front of Ken’s electrofishing boat and scooping up the stunned fish before they regained their senses and swam back into the depths. Larry passed along a favorite compliment of mine as he related that Ken had told him that I was “the second-best fish dipper he’d ever had in his boat.” Of course, Larry followed that statement up by adding that he was ranked number one. No problem in being runner-up to that guy. 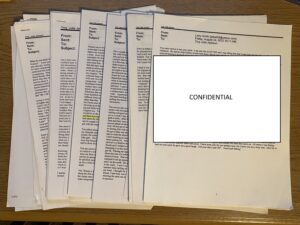 Beginning in 2012, Larry and I struck up an email conversation that would span the next nine plus years and cover more fishing and trapping stories than one can imagine. I can only guess that the ongoing communication consisted of well over a thousand sends and replies as we rambled. Many “secrets” were swapped from our shared experiences on Lake Storey, Lake Bracken and Little John going back to the 1980s for me and beyond for Larry. He provided me with a topographic map of Lake Storey and some prized photos from a completely drained Lake Storey back in the 1960s. From my end of the conversations, I was quite proud to reveal a piece of Lake Storey structure to Larry that he did not know existed. And, trust me, there wasn’t much that he didn’t know about that fishing hole. 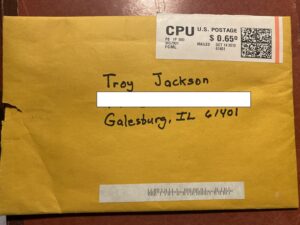 Larry was an outstanding multi-species angler and a master when using the Berkely Gulp Minnow. On August 19, 2021, he sent me an email relating, “Two days ago, caught a musky at Lake Storey to complete my catching every species of fish that swims there on a Gulp minnow. Caught a bullhead, a redear and a flathead this year prior to the musky. Me thinks this is a very good bait much like your sexy shad.” Larry also inquired about getting my cell number to send some pics and texts regarding the muskie and some other recent catches. 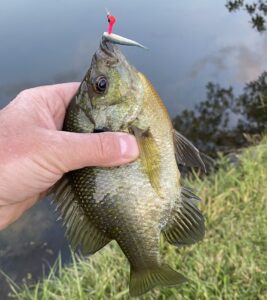 Dedicated a portion of a September 2021 trip to Larry’s favorite, the Gulp Minnow

Later that same day, August 19, 2021, Larry texted me a batch of his latest multi-species catches including the muskie pic below. Sadly, that was the final correspondence from our decades of swapping fish tales as Larry passed away on August 28, 2021. 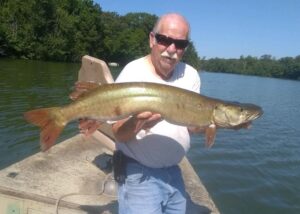 August 19, 2021 – Larry and his Gulp Minnow muskie from Lake Storey

Sure do miss the man and those fish stories. Talk to you later. Troy