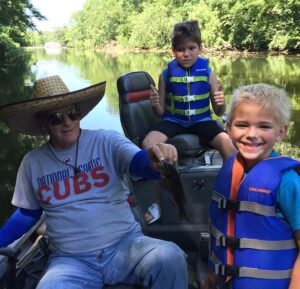 Fun to look back at an adventure with Dad and my boys via the original post from 2017.

After three and a half hours of “high impact” bass fishing last Saturday, Dad and I relocated, regrouped, and reloaded our tackle in preparation of playing fishing guide to the pair of wild anglers in the shots that follow. Gramaw brought my boys, Jayce, and Zac, out to Little John Conservation Club for a ride in Papa’s “big boat” looking for a few panfish. Of course, the fish they reel in are only part of the big adventure when these two guys show up. 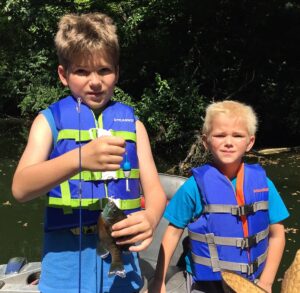 It took a little time and a little distance on the lake before both boys get on the board with a couple decent bluegill on good old waxworms hung from a bobber.

With the formality of landing a handful of fish out of the way, it was time to get a little closer to the world that those fish call home. The back of Dad’s bass boat rides much closer to the surface than our little johnboat and, well, the proximity of the water quickly proved to be too much to resist. 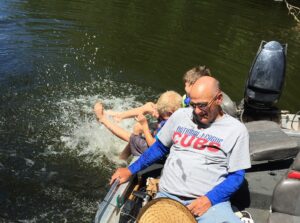 After a bit over an hour of trolling, splashing around and roughly double digits for the bluegill haul, we proceeded to spend nearly as much time out of the boat while fooling around at the boat launch. I’ve always shook my head and chuckled as it never fails that when you are ready to trailer your boat, somebody or several somebodies show up to make things more interesting. I’m a bank angler too, so I get it, but sometimes it gets a little dicey dodging bodies and attempting to show some courtesy while sharing space on those specific spots on the water. On this day, we were those folks and luckily no one else showed up to launch a boat. 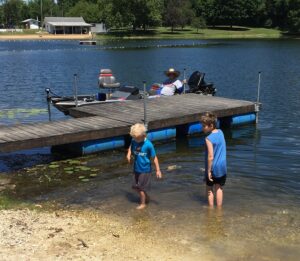 I shot a few final pics and video while removing our catch from the livewell in the parking area. Lots of excited fish splashing and three generations of Jackson boys laughing and admiring the results of an enjoyable couple of hours at the lake before we released our catch to be caught again. 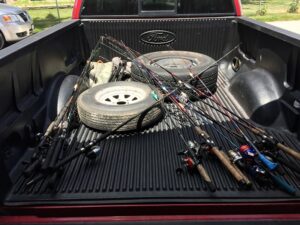 And finally, do you think fifteen poles are suitable for a morning on the water? It’s how this bunch rolls.

P.S. Dad and I got a couple good ones as well. 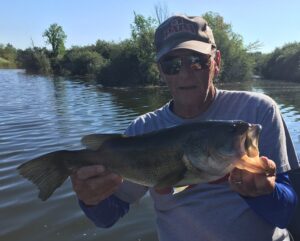 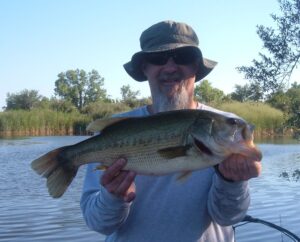