Summer has been tough on the Top 5 as we have been a month without any submissions. But as we head into August, we are back with a couple July entries. In addition, we have a new wrinkle with the angler comments on one catch coming in the form of a poem.

Tuesday, I fished but didn’t expect too much
Because of the intensive heat and such

I was casting to structure along the shore
Twenty, thirty casts or more

Time went by without a bite
Would I get one before day became night? 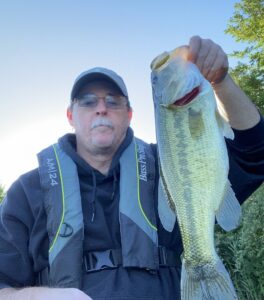 Good to get back on track with a Monday update and here’s hoping we fare better in August than we did in July. We were out there catching plenty of fish though, just not finding any bass that would boost our weights. August is always a tough month, but I have confidence that our crew can find some quality bites.

And, John, how are you at haiku?