Ever get your camels confused? Read on for an explanation

Today’s flashback focuses on a Snakeden Hollow lake that did not exist back in 1990 when the site opened for public access. Although I roamed and fished Snakeden before it became public, I do not recall what the lake area looked like all those years ago. Perhaps it was just a depression hidden amongst the abundant weed growth before upkeep took an upswing. Construction of a series of earthen dams on the site have converted several of these marshes and potholes into viable fisheries over the years.

“The temperature and hauling half a dozen rods (in a handy rod holder) along with way too much tackle worked up a sweat in a hurry. Therefore, I stopped earlier than planned at a lake I hadn’t fished before. A bass blew up my Zara Spook twice on the first cast without eating it and I landed my largest fish of the day on my third cast with the Spook.” 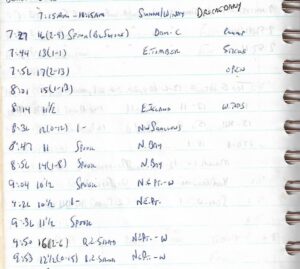 Since I caught a bass on that June 2010 day, the lake needed a name. As it had a visible hump, I elected to incorrectly call it “Bactrian Lake” as I got my camels mixed up (Dromedary is the one-humped ungulate). By the time that I fished it on this 2012 trip, I had realized my error and renamed it “Dromedary Lake.” 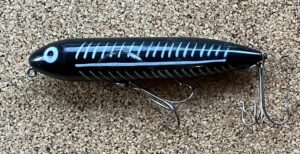 The lake has been a productive spot over the years, but today’s flashback outing was the best overall day I’ve had on the body of water.

Turns out that several years later I would drag a boat to the lake and discover that there was a second hump after all. Too late to change names again at that point, so the lake will forever be known as Dromedary Lake. Talk to you later. Troy