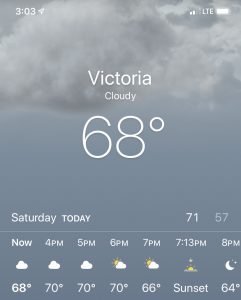 It’s that time of year again folks, when some of my public strip mine stomping grounds are reaching the end of fishing access. Of course, in the case of the fishing holes in today’s report, the bite is just picking up as the site nears shutting down. Gotta get in those last casts while I can and this outing produced a solid bite. 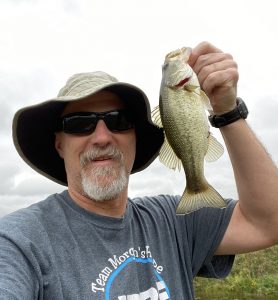 3:20pm – Happy to be on the board but room for improvement

First Cast Top Bass – After catching a pair of small bass in 30 minutes on my first stop, it was on to what is probably my best fishing hole on the site. Right on cue, the first cast with a chatterbait parallel to the deep edge of a lengthy flat produced a 2-12 bass. Sure thought I was on to something but that catch would be Top Bass of the evening. 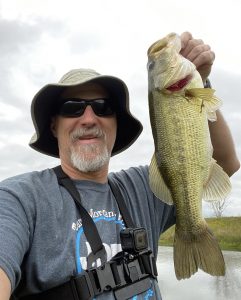 Feeling Hip – With a heavy batch of rain for several days and a light shower ending as I arrived, I figured that the vast expanse of terrestrial weeds would be quite damp. As a result, I opted for hip boots over my regular knee boots to contend with the moisture. The approach took me back to the old trapping days of walking miles of creek and timber in a pair of the bigger boots. The kept me plenty dry (although a bit sweaty) and provided a nice barrier when planting a knee to climb up several steep banks. Once again, that technique took me back to those fall days of yesteryear on the trapline.

Five for Five – Each of the stops at the five lakes that I selected on this evening produced some bass. My best lake produced the best catch after struggling the last few years on the spot to get quality bites. It was also cool that the lake where I have the least confidence produced four bass in 45 minutes with all running over a pound. Yet another of the aspects that I enjoy about spot hopping a collection of strip pits. While you may have a track record or a preconceived notion of how things may shake out, you just never know. 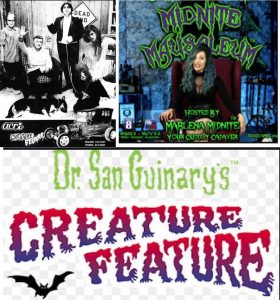 Entertaining late night horror hosts, past and present (Chuck Acri’s Creature Feature was a highlight of 1970s Saturday nights with siding sales pitches and all)

Attack of the 14” Bass – I tune in to a couple of Saturday late night horror programs nearly every week, Midnite Mausoleum and Creature Feature. Both include some interesting flicks and camp humor reminiscent of the original Chuck Acri’s Creature Feature that I watched as a kid in the 1970s. I couldn’t help but think of a monster movie sort of title as I reeled in a batch of solid bass on this outing with nine of the fifteen looking quite similar and ranging from 13-14.5”.

A fun evening hike on the strip mines and one that I hope to pursue again before access for 2020 ends on September 28. As always, if I get out, you get a report. And speaking of another fishing report, stay tuned for a recent trip “back home” to Knox County’s Lake Storey. Talk to you later. Troy

2 thoughts on “Strip Mine Report – September 12”