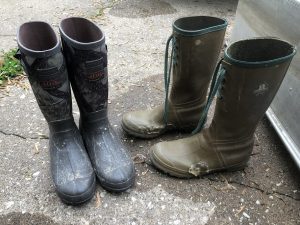 It’s all what you want to make of it when opting for a Snakeden Hollow adventure. Boots, bikes, boats and beyond are among the possibilities when chasing some fish around the former strip mine ground.

Overall, the site presents a wonderful opportunity for an angler to get away from the crowd. For one thing, there’s not a real big crowd to begin with most of the time. Even on the big lake, Lake McMaster, it is usually not too crazy beyond some weekend days. And as far as the walk-in lakes, there is ample room to spread out amidst the vast collection of fishing holes. 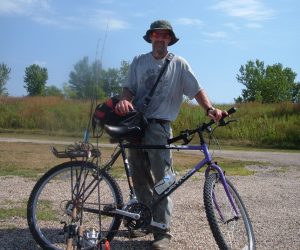 It’s all a matter of how much exercise one wants to get as it can take some work. There are a fair amount of spots just off the interior walk-in roads and many more accessible via a series of typically mowed lanes. Beyond those areas things can get a bit wilder with hikes through tall weeds and lakeside navigation requiring one to be part mountain goat. 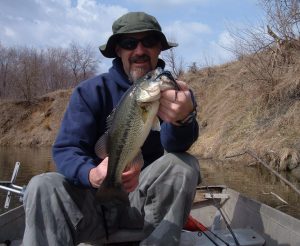 Of course, there is a great deal of tantalizing shoreline terrain that is inaccessible on foot. You know, those areas where your fishing mind says, “Sure wish I could get over there.” But where there is a will, there is a way. I have seen several watercraft caddies of varying design used by anglers to drag a boat in to get “over there.” My primitive foray into such transport recently broke down but it was fun and productive while it lasted. Time will tell whether I continue to pursue such stunts in the future with a rebuild.

I’ve covered many miles on those old strip mine lakes over the last 30 years. Trolling, rowing, walking, pedaling, a little climbing, a bit of falling, lots of sweating…it’s all part of the fun. Oh yeah, a bit of catching along the way as well. But that’s another chapter in the “Snakeden at 30” series for another day. Talk to you later. Troy